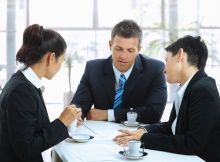 An overview by Aidan Redmond Barrister-at-Law.

Private limited companies are the most common form of corporate personality in this jurisdiction. Inter alia, the basic features are -

To form a company under the Companies Acts, 1963 - 1990, certain documents must be prepared which will form the constitution of the company.

1. THE MEMORANDUM OF ASSOCIATION

(a) The name of the company.

In relation to choosing the name of the company a number of matters must be considered:

It should be noted that pursuant to Section 21 of the Companies Act, 1963, no company may be registered by a name which the relevant Minister of State regards as undesirable.

The name of the proposed company must in addition be different to names already on the Register.

The words "bank" or "insurance" must only be used where there is an appropriate licence or exemption.

(b) The Memorandum must also include a declaration as to liability,

e.g. "The liability of the members is limited".

(c) Perhaps the most important aspect of the Memorandum is what is generally referred to as the Objects Clause.

This clause will generally define the purpose for which the company was formed and what it shall in fact do in the way of its business. This statement will effectively determine what shall be the powers of the company because the objects stated will confer on the company all the necessary and incidental powers for carrying out those objects.

For instance, if a company were formed with the intention of dealing in property, part of the objects clause might read as follows:

"to purchase, take on lease or in exchange, hire or otherwise acquire any real and personal property and any rights or privileges which the company may think necessary or convenient for the purpose of its business".

It is normal for the objects clause in addition to include a power generally to acquire property and rights which the company may think necessary or convenient.

It is normal in addition to include a clause empowering a company to acquire any other business similar to its own. Other normal clauses included in the objects clause would be:

The founding members declare that they wish to be formed into a company and agree to take shares. The names and addresses of the founding members are listed in one column and a corresponding column will list the number of shares they each hold.

2. THE ARTICLES OF ASSOCIATION

These are the rules for the internal management of the company. There are standard form articles in Table A of the Companies Act, 1963 as amended and these can be used and altered as the need arises.

Incorporation requires an application to:

Such an application requires the following documentation:-

This is effectively a statement which will contain the following information:-

This document must be signed by the founding members.

On registration the company must publish in Iris Oifigiuil the following information required by Statutory Instrument 163 of 1973, which was brought in for the purposes of compliance with Article 4 of the European Communities (Companies) Regulations, 1973. The information that is basically required is notice of delivery of:

Notification must also be given to the Registrar.

The purpose for such notification is that it will then entitle the company to rely on the relevant documentation in relation to its dealings with third parties.